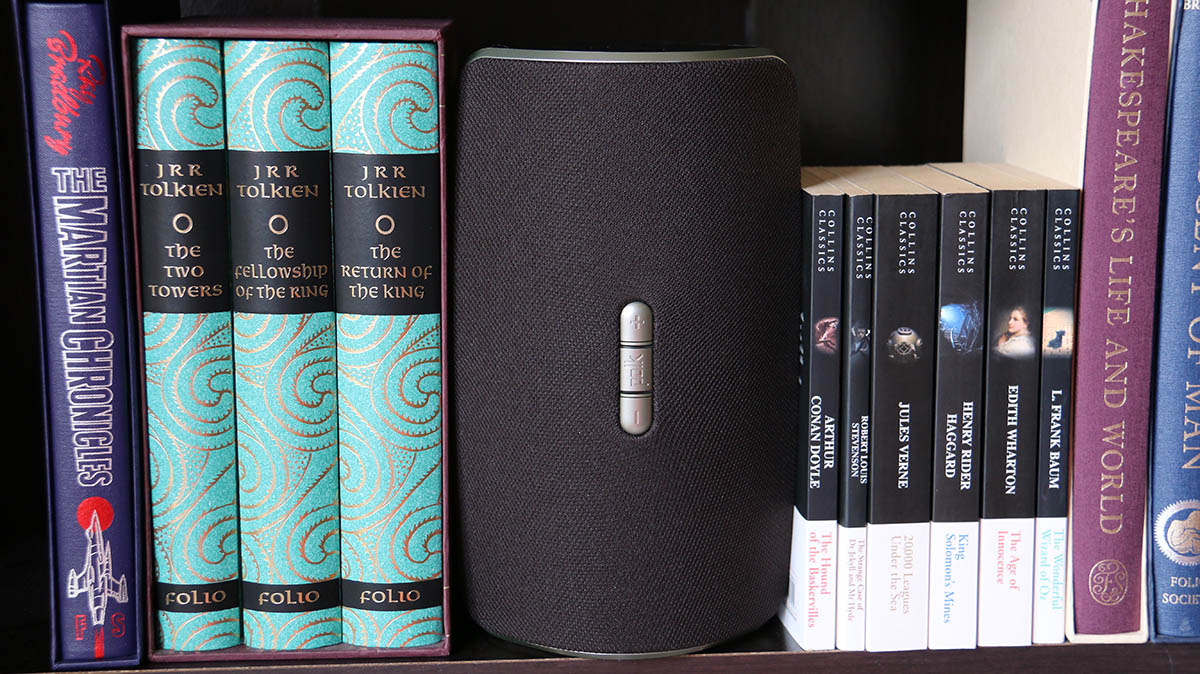 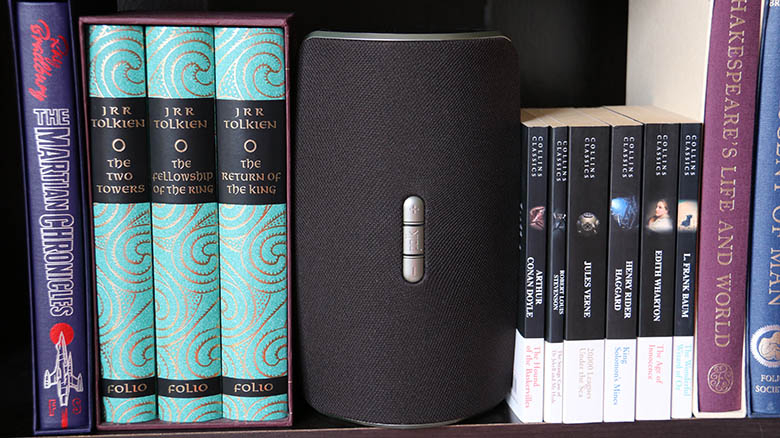 We really, really wanted to like the Polk Audio Omni S2.

It kind of hurts writing that. Criticising a bad audio product is easy. It’s plain to see when shortcuts have been taken with production, when materials or build aren’t up to scratch, when components have been cannibalised from other systems and fused together to create a Frankenstein’s monster. That hasn’t happened here. The S2 is a perfectly competent, perfectly usable wireless speaker that we wish was so much better, and which could have been with a few simple tweaks. When wireless home speakers are so widespread, with so many options available, it’s a shame to see one - even one as reasonably priced as this ($130) - fall flat. 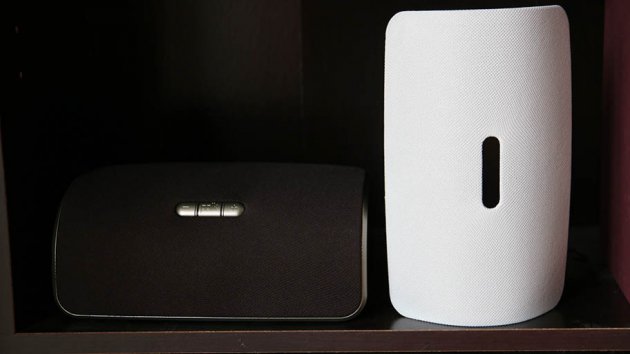 First things first. We quite like the design of the speaker. It’s a little wedge shaped box with an attractive, curving grill, and a unique twist, the actual grille itself is replaceable for one in the colour of your choice (a white grille ships with the speaker). Despite being plastic, the speaker feels hefty and well built, with a rubberised side that lets you position it either horizontally or vertically.

The three buttons on the front (two-volume, and one play/pause) are well placed, and have a pleasing click to them. Round the back, there’s an easily accessible USB port, as well as an Aux port, allowing you to plug in different sources. So far, so good, and getting the speaker ready to go is no problem.

It’s worth noting that there’s a wireless version of this speaker, at a higher price, if you want to move things around.

But when the problems begin before you even start playing music, you know things aren’t going to go well. 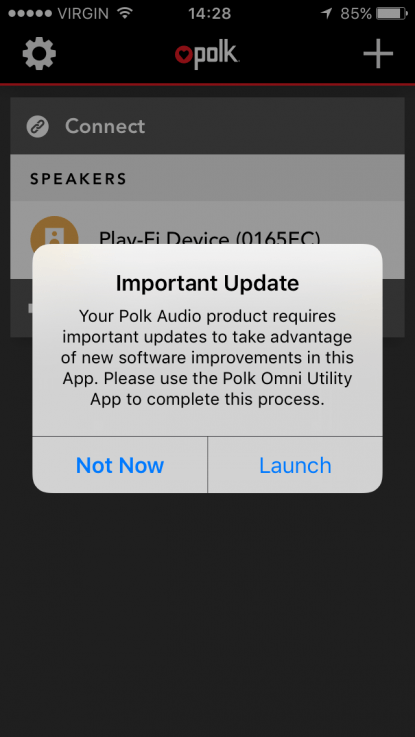 It’s a little hard to describe what happened when we tried to setup the S2 using the app. One minute, things were ticking along nicely, and the next we were being asked to download a completely separate app in order to complete an update of some kind, so that we could use the system. This app, the Polk Utility App, seem to exist purely to be able to apply updates, and to act as a portal into the Polk online shop. There’s even a big, obnoxious ‘Shop’ button in the middle of the screen.

Why were these functions not integrated into the main app? Why wasn’t updating automatic, after we connected the device to our network? It’s not as if doing this is difficult; we’ve trialled apps by companies like SONOS and Parrot, and they’ve both manage to handle things with relatively little difficulty. Having two apps, one of which is largely useless, is a design decision which we just can’t figure out. It’s annoying, and pointless.

This would matter a lot less if the main app wasn’t so terrible. It only takes up about half the screen real estate on your phone, and although it offers easy access to both your existing music files and to numerous Internet streaming services, its layout and design are absolutely atrocious. Even things like trying to get back to the services list, or change songs, becomes a real chore as you hunt through the icons for the one that will magically take you back. It’s as if the people who designed it had never used an app before, or even picked up a smart phone. It made operating the speaker a bit of a pain in the backside. 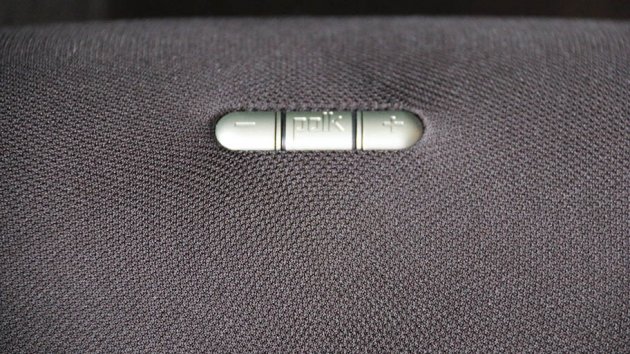 All Over The Place

We were hoping that the sound of the speaker would make up for the difficulties with its app. And it did… up to a point.

At low volumes, the sound of the speaker is just fine. Details are crisp and clear, and the low end is nicely rounded, with a warmth that belies the speaker’s size. At volumes of around 60% or below, things worked well. It’s when you turn up the sound that it goes a bit pear shaped.

At higher volumes, the audio distorts quickly. The overall sound muddies up, particularly if a piece of music is bassy, like a dubstep track. While it can certainly obtain a decent volume, listening to music with that much distortion is actively painful. While we weren’t expecting audiophile sound quality (this is a sub-$150 speaker, after all), we also weren’t expecting the sound to mutilate itself. Of everything we experienced, perhaps this was the most disappointing: the fact that after jumping through hoops with the setup, the speaker didn’t do enough to justify the effort. 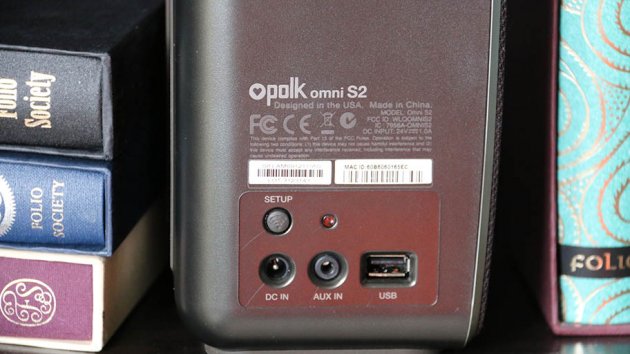 There is one aspect of the speaker that we didn’t get to test: Play-Fi. 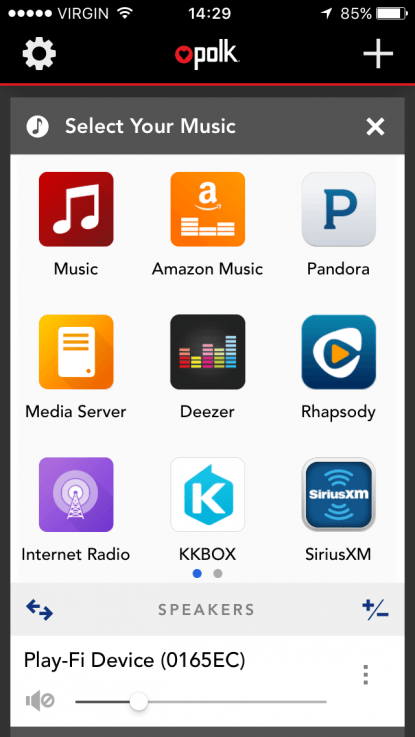 We should stress that this isn’t down to any issue with the speaker. Play-Fi is a software protocol designed by DTS, whereby different speakers from different manufacturers can talk to each other if they have it installed. This means that you could conceivably set up a home wireless system using multiple different speakers, an attractive option, given the number of them on the market.

Unfortunately, speakers with Play-Fi installed are still few and far between, and at the time of testing, we didn’t have another compatible model. That being said, we fully researched this aspect of the speaker online, to see if anybody had experienced problems, and what they’d encountered. By and large, the consensus is that Play-Fi works perfectly. While individual manufacturers may make you jump through hoops, the actual act of getting the speakers to talk to each other is straightforward. We have no reason to believe that this would be any different with the S2.

You could argue that at this price, the S2 should be given a bit of a free ride, or at least a qualified one. In most circumstances, you’d be right. But no price can excuse such bizarre design decisions on an app, or such hideous distortion the moment the speaker is pushed a little too hard. Polk is a terrific manufacturer, with plenty of great products, but this isn’t one. Unless you’re building a Play-Fi system, we can’t recommend it.
See the Polk Omni S2 on Amazon

Integrating into a Play-Fi system.

Although it’s part of the closed ecosystem, this younger brother to the Play:3 and Play:5 is a masterful little speaker. Sound isn’t as powerful as it should be, but pair it up with other speakers, and you’re in for a winner. And the SONOS app is fantastic.

Wren Sound aren’t very well known, but their Play-Fi enabled Rosewood is one of the best available. It looks great, with a cool shape and wooden sides. Again, you pay a little extra, but we think it’s worth it. 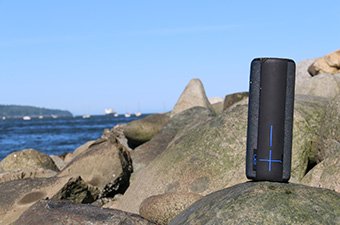 Ultimate Ears say that their Megaboom speaker “can be immersed in liquid up to 1m for up to 30 minutes.” At The Master Switch, we have only one response to this: Challenge accepted.