Everything you need to know, in one place. 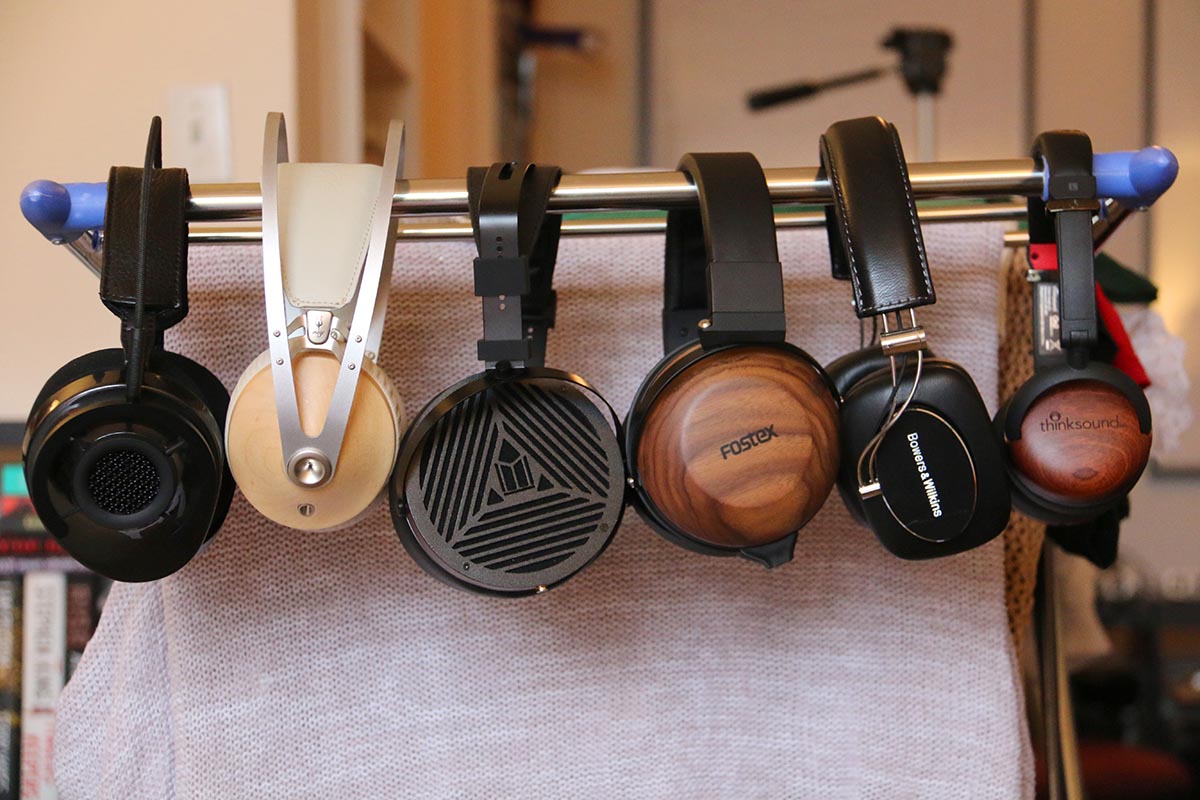 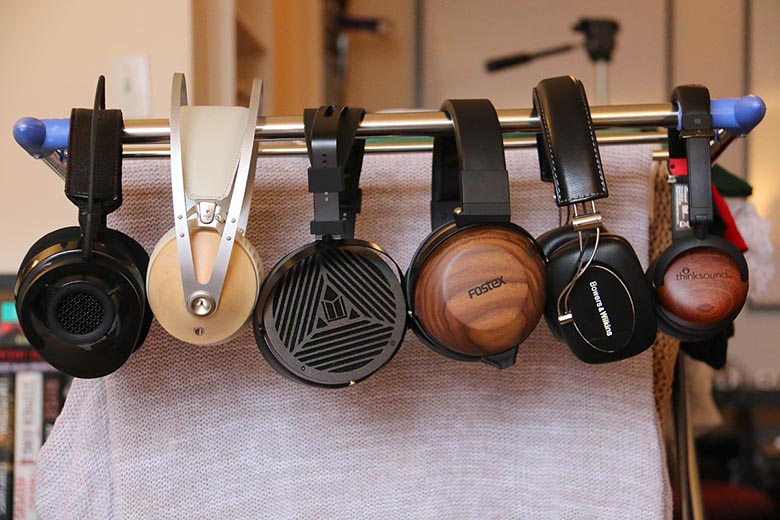 On the face of it, headphones are simple objects. Plug in, put on, play music. But if you want to get the very best out of your headphones, you’ll need to know a little bit about how they work. And there are two main terms you’ll need to understand: impedance and sensitivity. Get a handle on those two, and you’re golden. It means you’ll know whether your headphones sound best when matched with a smartphone, for example, or a dedicated amp. It means you’ll know how loud they’re likely to go, so you don’t plug them in, turn them all the way up and detonate your eardrums. We’ve put together a complete, simple guide to these terms, explaining everything you need to know in the simplest way possible - with plenty of practical examples.

Impedance, we’d argue, is the most important headphone term you need to know. When we're evaluating headphones, it’s the first thing we look at. Not just because it tells us a little bit about the headphone’s character, but also because it tells us what we’ll need to actually play it. Understanding it is the single most important tool you can use in buying headphones. Fortunately, it’s pretty easy to explain. 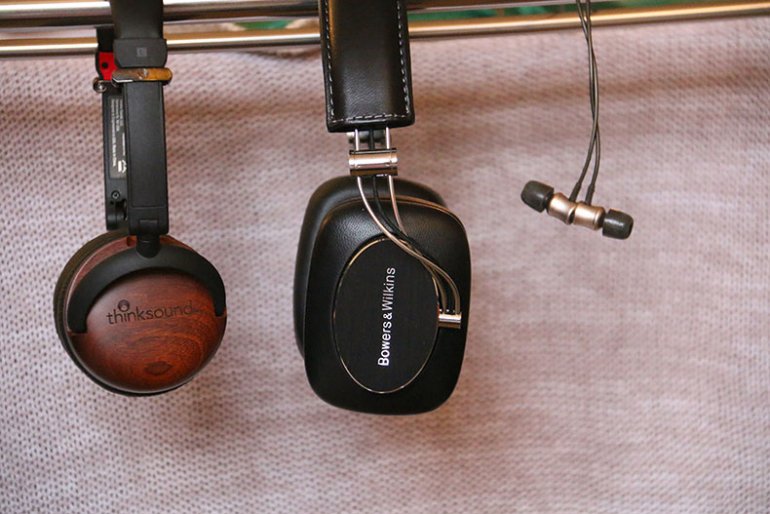 Impedance is electrical resistance – essentially, how well something resists an electrical current that passes through it. It’s a “measure of the opposition that a circuit presents to a current when a voltage is applied.” (Thanks, Wikipedia). Even if that makes no sense, headphone impedance is still very easy to interpret. It’s measured in ohms (Ω) and what it tells you is how much power your headphones will need to get to a reasonable listening volume. It tells you how much you’re going to have to crank the volume knob before things are comfortable.

Why is this important? Because the higher the number in front of the Ω symbol, the more power-hungry the headphones will be. It means that certain things – like smartphones – simply won’t be able to pump enough power into the cans. That means that even at max volume, things will still be a bit quiet. You may even start getting weird artifacts in the sound, and… Yeah, we don’t want that. 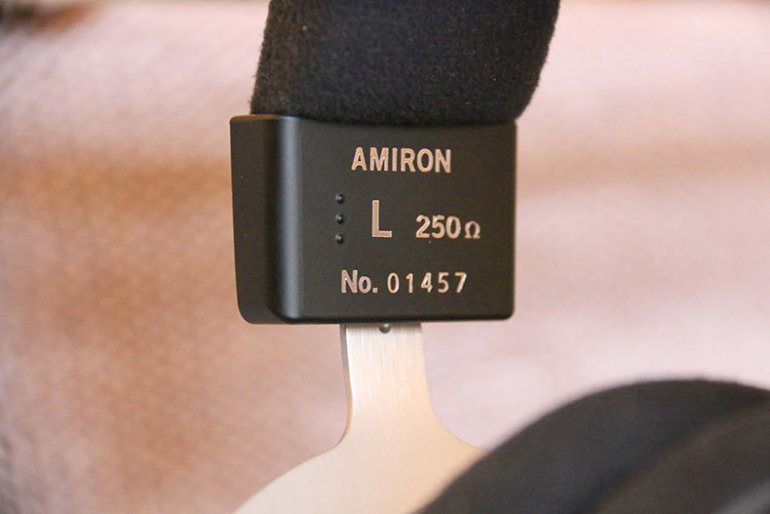 Fortunately, interpreting this is easy. Any impedance up to 32Ω can be played quite happily off a simple portable device, like a smartphone. Impedance from 33-100Ω is a little bit of a grey area – you’ll probably be able to generate enough volume, but you could certainly improve things by adding in a portable headphone amp, which will both increase the power and sharpen the sound. Anything above 100Ω is almost certainly going to require an amplifier. These days, there are plenty of headphones that run from 100-300Ω, and even some that nudge the 600Ω mark. At the time of writing, we have a pair of Beyerdynamic Amiron Homes (full review here) which measure at 250Ω, and which perform so much better when they are plugged into an amplifier.

You might reasonably ask why you would bother with high impedance headphones anyway. After all, if all it means is that you need more power to drive them, then why get one in the first place? Just get a low impedance pair to run off your smartphone, and have done with it. Right?

The reality is that high impedance headphones, because of their ability to handle electrical signals, are able to more accurately and vividly reproduce sound. As a consequence, they are often more expensive. But: that does not mean that low-impedance headphones are bad. One of our favorite pair of headphones ever, one we would save from a burning building, is the AudioQuest NightHawk Carbon (full review here). It has an impedance of – wait for it – an enormous 25Ω. 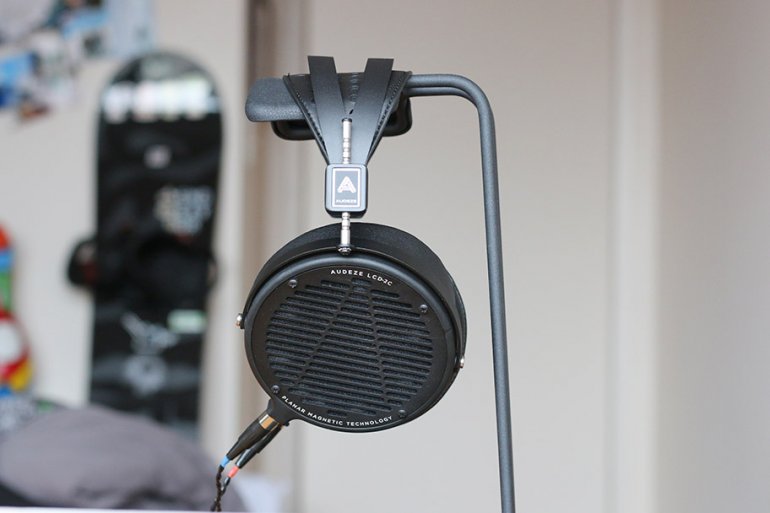 Then there's the term sensitivity. It relates to impedance, but it’s not very helpful in deciding whether or not to buy a pair of headphones. Essentially, sensitivity is a measure of how loud a pair of headphones will play at a given power level. If headphone A has a higher sensitivity rating than headphone B at a power level of one milliwatt, then the audio it produces will be louder at that volume, and it can be considered to be louder in general. What that means in practice is that you will have to crank the volume knob less to get more volume out of something. And to give you an idea, a sensitivity rating of 86dB (decibels) is considered relatively low, while anything above 110dB is on the high end. You may also see sensitivity referred to as Efficiency, or Sound Pressure Level (SPL). Sound makes waves in the air, which is how you can hear it, and the higher the volume the higher the pressure. Ultra-high pressures hurt. Obviously.

Thing is: sensitivity isn’t very useful, mostly because manufacturers aren’t always consistent with how they measure it. Sennheiser, for example, may make different measurements to Sony (we don’t know if they actually do, we’re just using names we plucked out of thin air) and so it can be a little bit hard to tell whether a pair of headphones will be loud enough. Add in the millions of variances of sound source and amplifier, and the hearing abilities of the person in question, and you’ve got a term that is sort of useless. Take the AUDEZE LCD2C (full review here) – which, for the record, we think are awesome headphones. They have a relatively high sensitivity of 101dB, which isn’t especially high. But in practical terms, we didn’t find that we needed far less volume than any pair of cans with lower sensitivity.

There’s a downside to high sensitivity. It’s not just the music going loud; it’s everything else in the signal chain. The hiss of your amplifier or phone circuits, the electrical noise, all of it. High-sensitivity earbuds are pretty common, and models like the Campfire Audio Solaris (115dB) will pick up plenty of noise if they aren’t plugged into a high-quality amp. 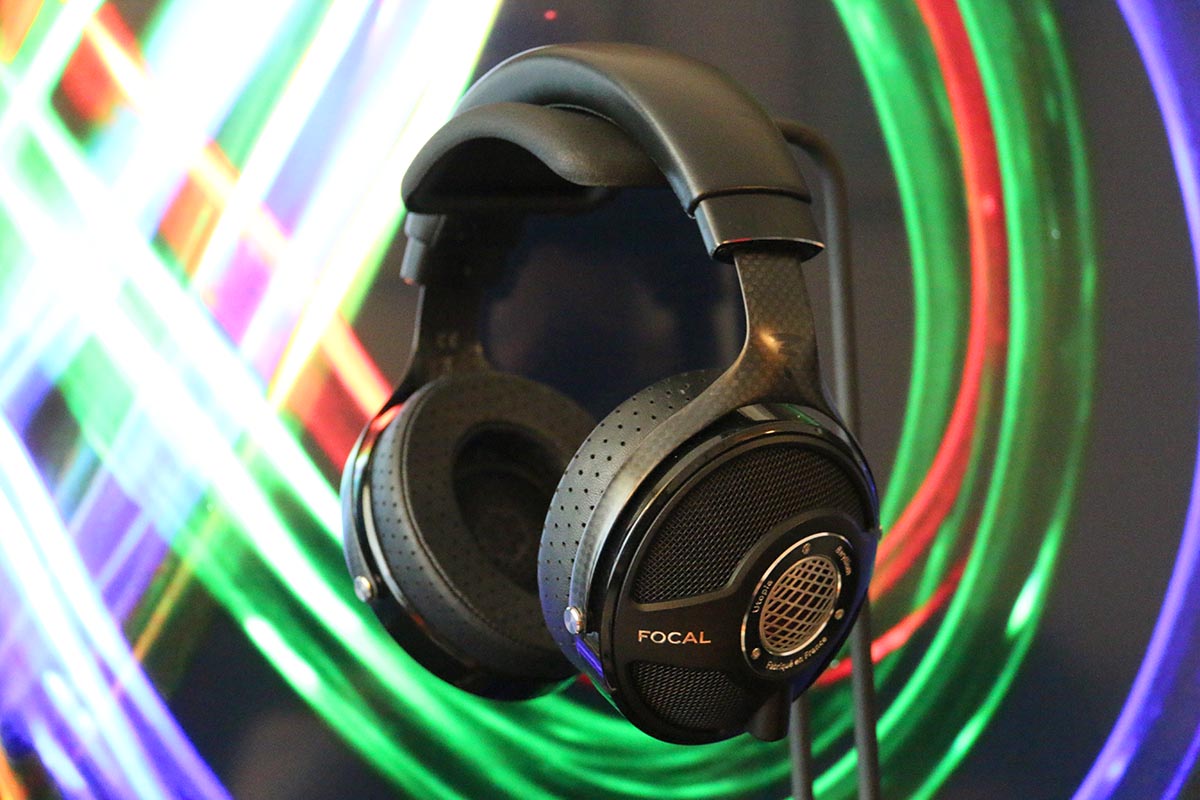 We’ll be real here. When it comes to matching pair of headphones with an amplifier or portable device to get the best sound, it’s possible to get very technical. Before you know it, you’ll be deep into a world of voltage, current, output impedance of the amplifier, distortion, frequency variations, and whether or not you’re facing west at the full moon. All things considered, we’d rather avoid that. While there are plenty of in-depth explanations available online, we think that for most people, they simply aren’t necessary. If you have a basic knowledge of what impedance and sensitivity are, you will quickly be able to match a pair of headphones with a suitable source. Let’s give it a try.

More importantly, let’s give it a try with one of the best pairs of headphones we’ve ever tested: the Focal Utopia (full review here). At around $4,000, you’d have to remortgage your house to get a pair. Nevertheless, they are just like any other headphones, in that they have an impedance figure, and a sensitivity figure. In this case, they have an impedance of 80Ω and a sensitivity of 104dB. In other words, they are moderately loud, and require a decent amount of power to drive efficiently. They would work best when paired with a good headphone amp, although it is theoretically possible to simply plug them into a smart phone. You won’t get decent volume if you do that, however. And it would be a disservice to a truly brilliant pair of cans. 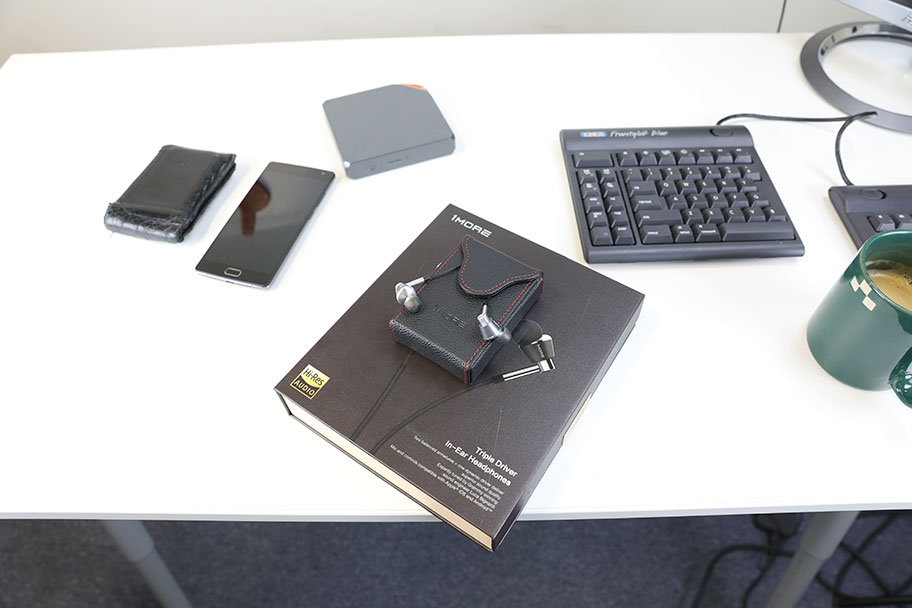 What about something a little more affordable? The $99 1More Triple Driver In-Ears (full review here) clock in at 32Ω and 99dB. So again, moderately loud – although obviously significantly less than the Focal Utopia. They also don’t require a lot of power to drive, meaning they can be plugged directly into a smartphone. You may also want to consider trying out a specialist digital audio player, which will definitely get you even better sound quality.

Again: it’s possible to get very nerdy about matching an amplifier to a pair of headphones. You can do deep dives into the specs, with the goal of getting the ideal output power and impedance matched with the ideal pair of headphones. And again, we don’t think that’s necessary for most people. A basic understanding of impudence and sensitivity will carry you 90% of the way. Of course, different amps do have different sound characteristics, but that’s a whole ‘nother discussion… 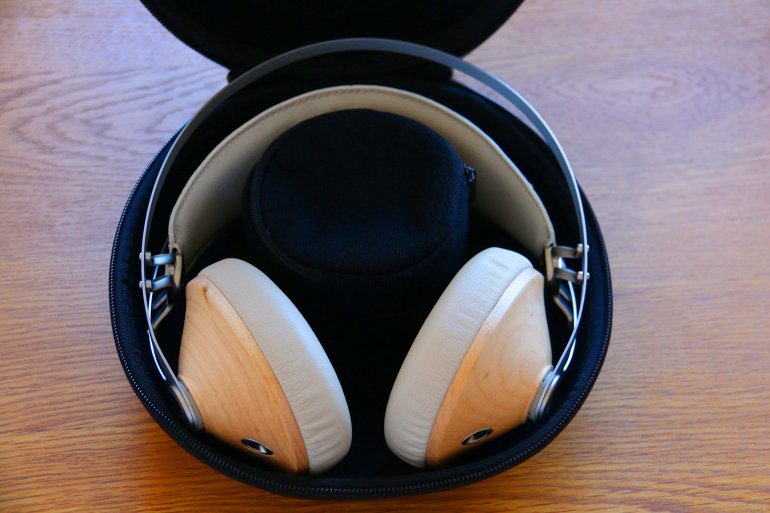 Need even more? Want to find out what terms like frequency response, total harmonic distortion, and driver sizes are? You’re in luck. We’ve put together a handy-dandy video dealing with just that. 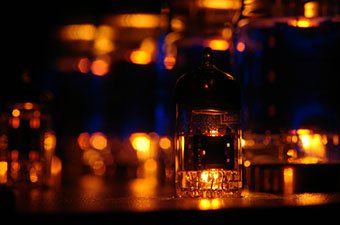 There are three types of audiophiles: those that find tube amplifiers to be the bee’s knees; those that swear only solid-state amps can produce true-to-life audio; and those that haven’t tried tube amps and are simply missing out. 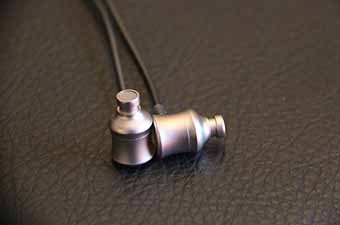 We make no bones about being huge fans of MEZE Headphones here at The Master Switch. Why wouldn’t we be? The Romanian company blew our minds with the gorgeous 99 Classics over-ear model, which is probably our favorite pair of this year.