The headphone jack removal on the new iPhone shook up the industry. Here's what's going to happen next. 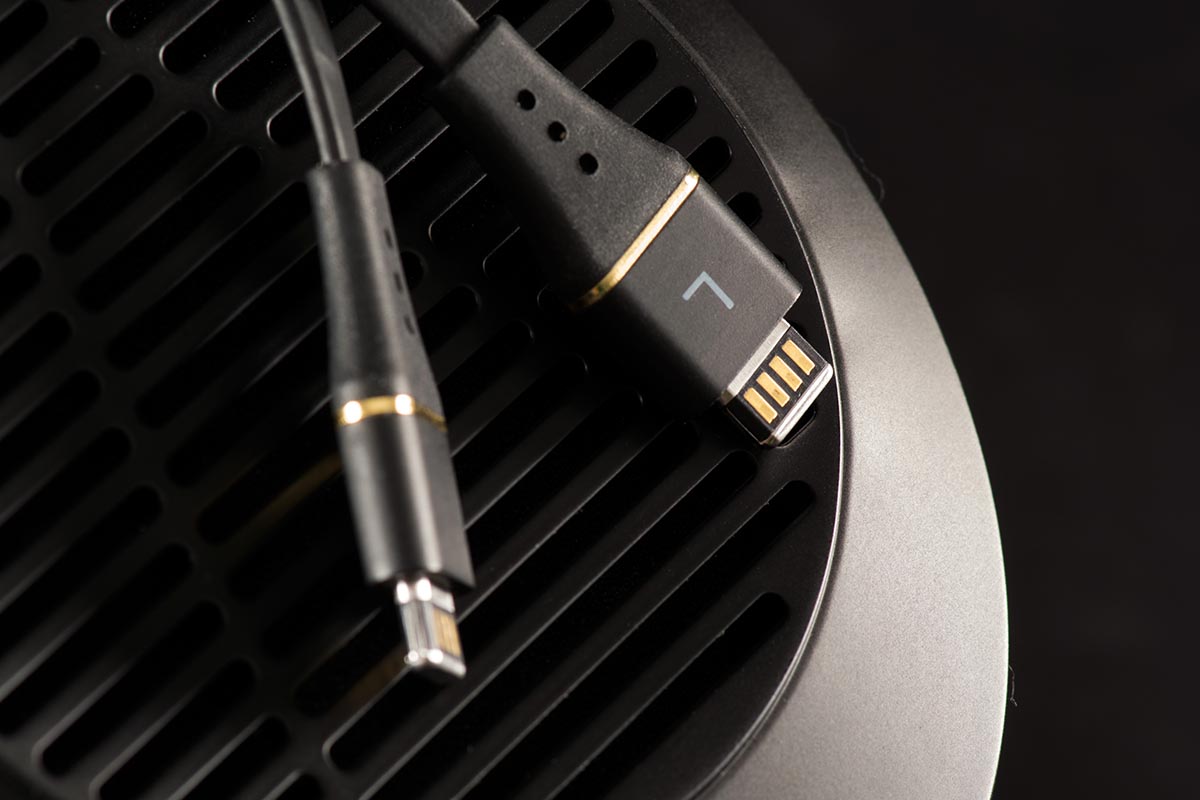 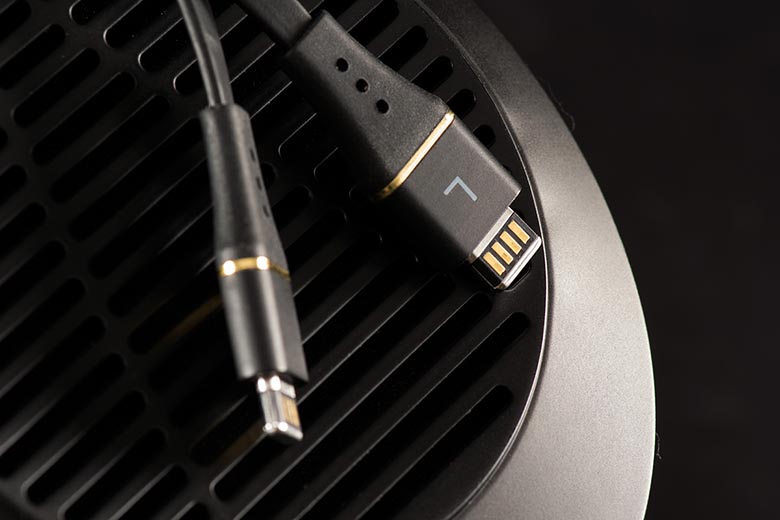 When Apple announced it was dropping the 3.5mm headphone jack from its new iPhone 7, they may as well have said they were going to offer free ebola shots with each preorder. The company came in for a truly unbelievable amount of grief, with even former company man Steve Wozniak putting them on blast. And why wouldn’t he? Apple has, for all intents and purposes, taken the single most successful audio industry standard, the jack found on every pair of headphones made in the last thirty years, and canned it. They called it “Courage.” Commentators called it ridiculous.

Unfortunately for them, Apple may come out on top on this one. Mobile carrier Sprint reported that preorders for the new iPhone were up 375% on this time last year, and T-Mobile say that they’ve shattered sales records. Apple might have expected a decline, according to their financial reports, but it appears that buyers don’t care. Headphone jack? Cans with wires? Who needs ‘em!

That’s bad news for headphone makers. Not just the big names - Sennheiser, Sony and the like - but the small, indie firms too. It’s not that they won’t be able to make cans using Apple’s new Lightning protocol (some, like Audeze, already have) but that there will suddenly be dramatically-reduced demand for their current models. It won’t be as catastrophic as it would have been if this had happened five years ago, when Apple’s dominance of the smart phone market was nearly complete, but it’s not going to be easy. Even though the company’s including an adapter, that’s going to be phased out sooner rather than later.

We spoke to three headphones manufacturers to find out how they’re dealing with this seismic shakeup of the industry – and what it means for anybody who loves music.

If you ask us, this Chinese company produces some of the finest headphones on the planet. We’ve already reviewed (and loved) the bizarre Edition S open-closed hybrid headphones, and we were curious to see how a company that styles itself as being for audiophiles, but also targets regular people, would view Apple’s big move.

HIFIMAN CEO Dr Fang Bian says that while the company is currently working on developing headphones equipped with Lightning cables, he doesn’t feel too much urgency. “HIFIMAN is unique because most of our revenue does not come from the cellphone-related market,” he says. “80% of our customers are coming from hifi communities, so that we don't have to care too much about those cellphone manufacturers.”

That doesn’t stop him from having an opinion, however. “Personally I think it is not a smart move. The 3.5mm port gives headphones a low cost solution. Lightning jack headphones will require headphone manufacturers to pay Apple’s chip cost and license fee, which will significantly increase total headphone costs. As a result, some small manufacturers will not be able to get involved. In addition, a Lightning jack means the headphone control part needs to implant the DAC, buffer and headphone amp together into a small size PCB board, which is extremely difficult to make sound good.”

If any manufacturer is up to the challenge of surmounting those, its HIFIMAN, but there are plenty of smaller companies who may find the technical challenges significant.

One of the brands that has really surprised us recently is MEZE, a Romanian company specialising in some truly glorious boutique headphones. We’re currently testing their 99 Classic and Neo 11 models, and we’ve got reviews for those coming soon.

The company’s models all use the standard 3.5mm jack, and they don’t have any wireless cans available. You might think, therefore, that they’d be particularly vulnerable. But owner Antonio Meze is relatively sanguine. “It's Apple we're talking about,” he says, referring to the sheer size and industry dominance of the smartphone maker. “But in the end, it doesn't affect us much, considering the fact they they are also offering a lightning to 3.5mm jack adapter [with the new iPhones].

“We would not call ourselves, or any other headphone manufacturer for that matter, vulnerable to their decisions, per se. It is lucrative for both headphone and smartphone manufacturers to collaborate, even if indirectly. Making a drastic change without offering an alternative could affect sales on both parties. We do take their changes into account but at the same time we move into our own direction keeping a close eye on what changes they might introduce.”

Meze says that the company was aware of the rumours that Apple was going to drop the 3.5mm jack, which circulated for more than a year before their announcement last week. “We are considering lightning cables carefully,” he says, “because wireless technologies are getting closer to make the sound quality difference undetectable. For example, Apple own codec, AAC, gets better and better versions; the same goes for the aptX HD codec, now owned by Qualcomm.

The German company is one of the largest and most prestigious headphone manufacturers in the world, and they make some truly fantastic cans. Brothers Daniel and Andreas Sennheiser run things, but when we asked them some questions about how they were dealing with the new normal, we got the following, slightly bland statement back.

"Sennheiser has seen many different connection standards come and go in the audio world over the years. Audio connections have always been continuously evolving. And if Apple chooses to go ahead with a new standard, we as an audio specialist have the expertise to make the best of that change. Digital outputs, such as Apple's Lightning Connector, will offer new opportunities to take a step forward and to further enhance the sound experience for the customer. For example, 3D audio technology using digital signals is just one possibility."

It’s the same statement they’ve been sending out to all media outlets, and reveals very little beyond the fact that Sennheiser will be responding to the change (as if that wasn’t going to happen). What is interesting is that they’re seeing it as an opportunity to push their new Ambio 3D technology, which purports to offer fully 3D sound in a set of headphones. They didn’t answer follow-up questions about how a digital cable and a Lightning connection would make this easier, but if any company can capitalise on this, it is Sennheiser. Besides, they are already making a move towards producing high-end wireless headphones, so they are well placed.

The Rise Of Bluetooth?

Here’s the really scary thing – at least, if you’re a fan of wired headphones. For the first time, Bluetooth cans are selling better than wired ones. According to marketing research firm NPD, Bluetooth models accounted for 54% of all sales this past June. You can’t just a tribute that solely to the Apple announcement; this is something that’s been brewing for a long time, and even though Bluetooth models aren’t nearly as good, audio wise, as wired ones, they are going to dominate for a long time to come.

Ben Arnold, industry analyst for NPD, says that this is likely to continue. “Promotions and new product introductions have helped spur the growth we are seeing in Bluetooth headphones,” he says. “Consumers are already embracing a wireless future and [with the iPhone news], we expect this will continue to drive market share of the Bluetooth category.”

That’s a lot of corporate jargon to digest, but what it comes down to is this: the world of headphones is about to undergo a major shakeup. Hold on tight.